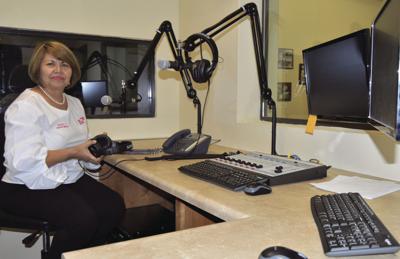 Somerton, Az.- - The non-profit organization Campesinos Sin Fronteras (CSF) announced the start-up of the Radio Sin Fronteras community station, after a three year planning period. On October 29, the signal was officially live, this after several months of adjustments and tests of the equipment and the construction of its new studio that was installed in the headquarters of CSF.  Updates have been continuously announced by the executive director of the organization, Emma Torres,who proudly held a ribbon-cutting ceromony for Radio Sin Fronteras KYMZ.

"We are very excited because now we can see in brick and mortar what was once an idea, a vision and a dream, we have the studio, the equipment, the programming, and we are only working on the last details of the station," said the head of CSF.  Since March CSF has tested the signal with content from another station, in part to meet the requirement of the Federal Communications Commission. This as part of their 2015 agreement when the FCC first granted them the license to operate the frequency, and that allowed testing to begin in early March. During that time they relied on the Radio-Bilingue station in California, which allowed them to use their content.

"They helped us, we were like a relay station of theirs, during that time we realized the extent of our frequency. We were able to find out what is heard up to Tacna, listen to Blythe, and even in the Mexicali Valley, this is what ultimately led to the name Radio Without Borders" said Torrres.

Geographical coverage of the radio signal: 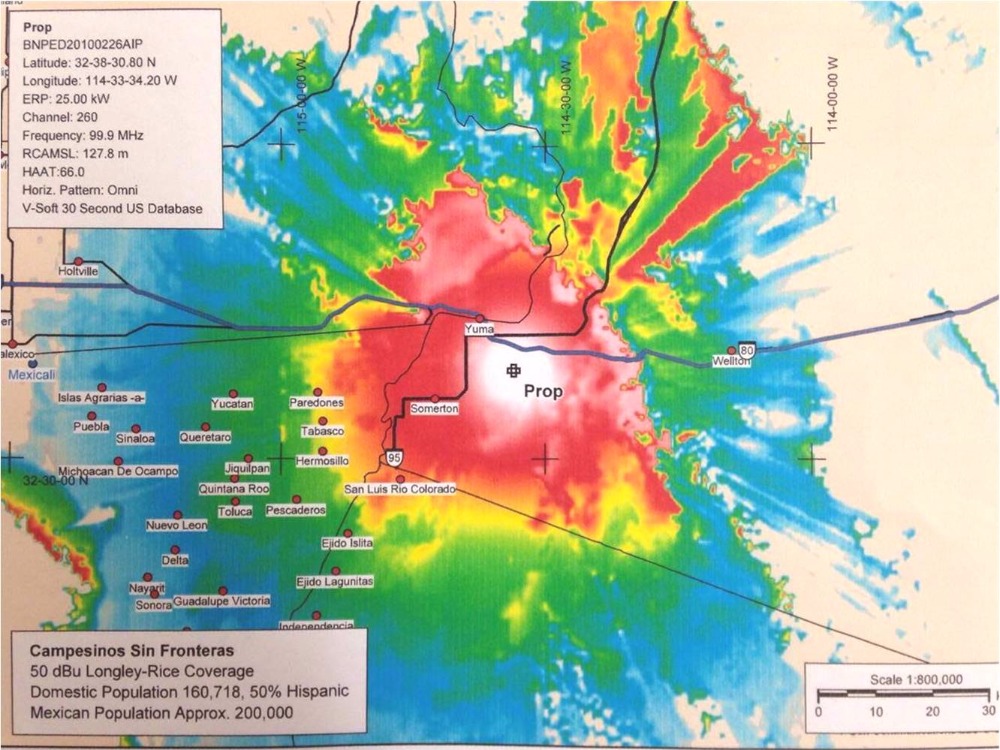 The signal is concentrated in the Yuma Valley, but it very easily cover the valleys of San Luis Rio Colorado and Mexicali. The programming of Radio Sin Fronteras will be primarily in Spanish, but it will also include some programs in English, especially those aimed at the younger population. The Radio Sin Fronteras studio is located in CSF's main office, at 663 East Main Street, from where the signal will be sent to a broadcasting antenna located at Peanut Patch, east of Yuma.